Numerous official studies carried out internationally have shown that viruses and bacteria, including the
Coronavirus, are widely present in the feces and in the aerosol / droplet that are generated during the use of the toilet.

The aerosol commonly perceived also in the form of bad odor, is released from the toilet and according to the
studies remains suspended in the air of the bathroom for a long time, making it possible for it to be inhaled by a subsequent user.
It also settles on the surrounding surfaces, thus also generating the risk of contagion.

The use of a traditional toilet causes the contamination of the air throughout the bathroom.
Complete air exchange is essential for eliminating bad odors and counteracting the spread of contaminants.

The original PLANUS AirEx system solves the problem of aerosol and bad odor
eliminating them before they come out of the toilet, avoiding their spread.

Planus has created specific PATENTED versions of its nautical toilets equipped with a suction system directly from inside the basin.

This system, discreet and effective, allows the aerosol to be extracted at the origin, counteracting both the release of bad odors and the spread of viruses and other pathogens. 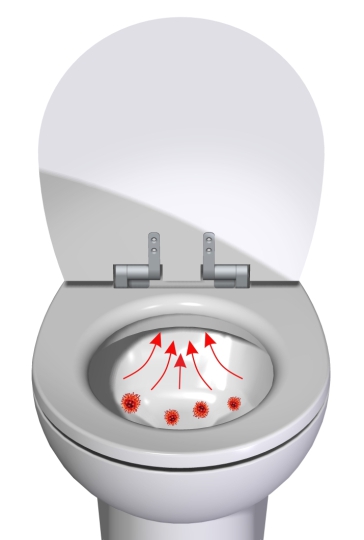 Planus nautical toilets in the AirEx version are equipped with a non-visible suction system, through which contaminated aerosol and bad odors are extracted, preventing them from spreading into the bathroom. 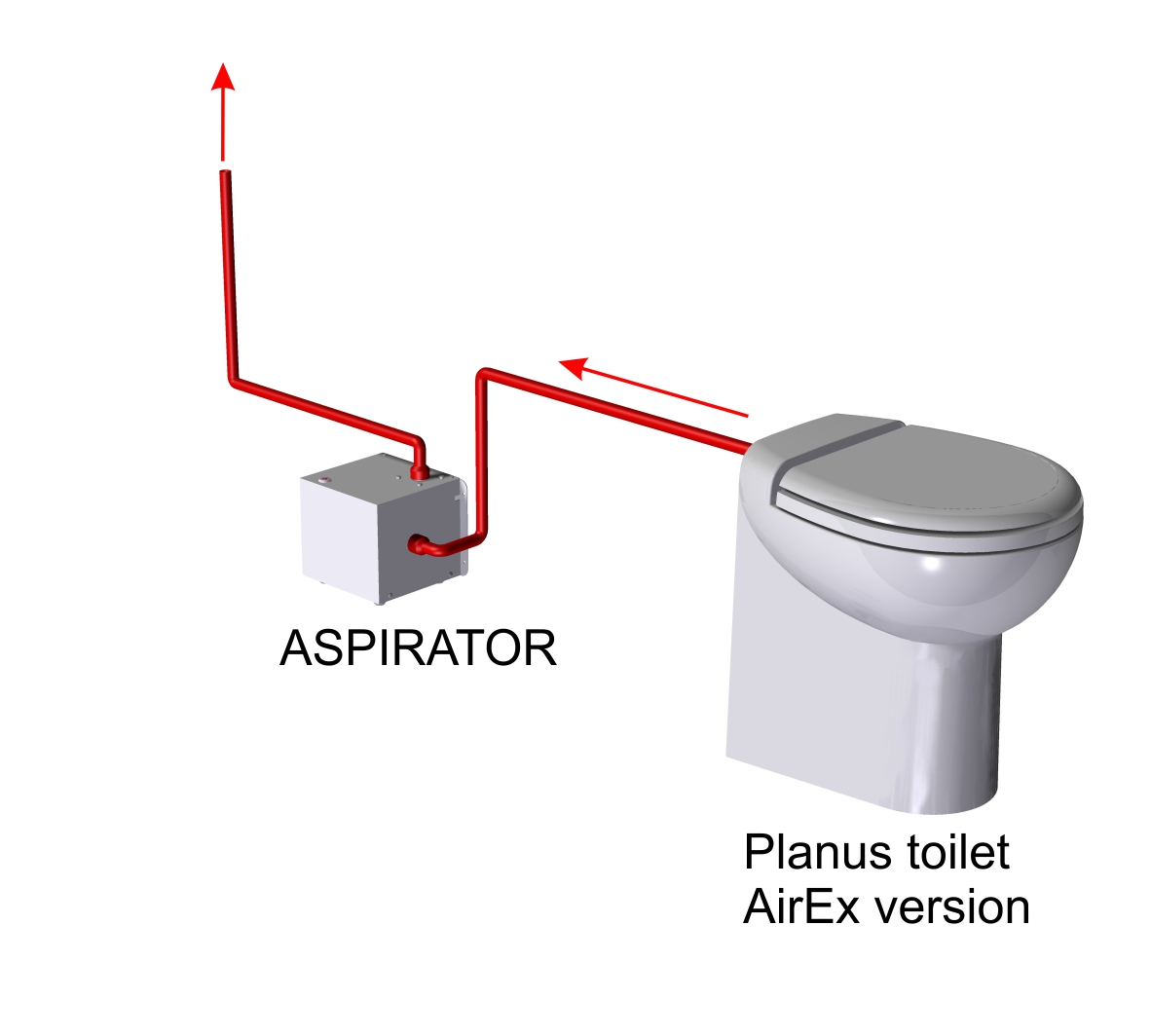 The AirEx system consists of the Planus marine toilet in the AirEx version and the aspirator.

The toilet in the AirEx version must be connected to the outdoor unit containing the aspirator via a duct with a suggested internal diameter of 25mm.

The exhaust of the AirEx system aspirator will then be connected to the outside of the hull, to eliminate the aerosol and bad smells sucked in.

The Catholic University of the Sacro Cuore of Rome - "A. Gemelli" Polyclinic was responsible for validating the health benefits of PLANUS SpA products equipped with a contaminated aerosol aspirator.